Too much phosphate is polluting the environment….

Until we started farming, all we knew about it was rather negative: Phosphorus has found a range of rather nasty applications in warfare. Its use in tracer bullets, firebombs, and smoke grenades has caused widespread death and destruction in WWII. Excessive use of it as a fertilizer on fields made agriculture a major pollutant of our rivers, lakes, and oceans. In nature, too much phosphate* in the water causes large algae growth which when they die, feed equally large amounts of microbes which then again use up the oxygen in the water and cause fish to suffocate. die. I remember from the 1990s that it was important to look out for phosphate-free dishwasher tabs and laundry detergent. The tiny country Nauru gained wealth the fast track after mining phosphorus for years – and went straight into poverty once its resources were exhausted.

*Phosphorus spontaneously ignites when exposed to air. Because of this highly reactive character, it is never found as a free element on Earth. When phosphorus is maximally oxidized it forms phosphate minerals which are found in high concentrations in phosphate rock. It is this phosphate rock that is mined to produce fertilizer for agriculture.

….but it is essential to life

However, there is no understatement as to how important phosphorus is to life. We learned this in the first few years working with our soil. Phosphorus is a key element of life. It gets taken up by plants and microbes from the soil into DNA and other molecules in the cell.  Phosphorus enables photosynthesis, it facilitates root growths and the development of a strong stem or stalk. Without P, there wouldn’t be any plant growth, insufficient amounts of it will result in poor flowering and thus poor growth of vegetables. No wonder that phosphorus (in the form of phosphates) is an essential fertilizer in agriculture. When we first started, we knew that the number in the middle ( N-P-K), is an important one. However, we found it to be difficult to determine how much phosphorus we need to apply and how much our plants can take up for themselves. Our soil tests have shown that we had a P-deficiency, which was no surprise to us since our ground used to be a little-managed monoculture of pasture grass. Crop nutrient uptake and removal charts can be helpful but often don’t include data for the mixed vegetables that we grow in our market garden. Stunted growth, dark green/red/purple colouring of the plant and poor harvests are the only signs left that indicate phosphorus deficiencies.

Since we decided early on to reduce our already small use of fertilizer, we found ways to build up phosphorus in our ground. Since phosphorus is part of the DNA, organisms return that phosphorus to the soil once they die. Composting our food scraps just became that much more important. Pondering about and testing our horse manure also revealed that phosphorus in the horse’s urine is caught and stored by the stall bedding we use (wood pellets). The used bedding is then added to the manure pile which we let compost for at least 6 months before we add it to our soil. Chickens also “deliver” important amounts of P through their manure. It became a practice for us to add horse manure and garden waste to the chicken run, let the chickens pick and scratch through it, add their manure and after a full season of doing so, we pile this mixture for another year and apply it to our fields the following spring.

Discovery of phosphorus in history

It was that golden stream, which 1669, Hamburg, Germany, Henning Brandt evaporated. He then heated the residue until it was red hot. Glowing phosphorus came off and he condensed it under water. And for more than 100 years most phosphorus was made this way.
This was until 1769 when the Swedish chemists Carl Scheele and Johan Gahn discovered that phosphorus could be extracted from calcium phosphate found in bones, enabling greater quantities at much cheaper prices to become available. The main component of a bone (up to 70% of the weight of a human bone) is a crystalline form of the mineral hydroxyapatite – of which Calcium is an inorganic chemical compound that is made up of calcium, hydrogen, oxygen phosphorus. If you apply bone meal (mostly derived from fish bones) to your garden, you are basically returning phosphorus to the soil.

During his stay in Lima, Peru, from October 1802 to January 1803, German explorer Alexander von Humboldt noticed the constant shipments of a curious substance, called guano. It was found along the coast and especially on the rocky islands nearby, where the droppings of innumerable bird colonies were piled up to 150ft deep. Due to the arid climate, those bird droppings were able to dry without being leached of its nutrients, creating a very potent form of guano. The ancient Peruvians had for centuries fertilized their fields with the nutrient-rich guano, just like Europeans had used manure on their fields. However, at that time the soil in Europe was highly degraded and wasn’t able to feed a growing population. Humboldt must have had this in mind when he sent some guano samples back to Paris. There, his friends and chemists Louis-Nicolas Vauquelin and Antoine-Francois Fourcroy confirmed the substance immense quality as fertilizer, containing much higher amounts of nitrogen and phosphate than any other fertilizer known at the time. However, it took until the mid-1800s, when people arrived at an understanding of why guano works so well. Chemist Justus von Liebig and others started to question the common idea that plants absorbed nutrients directly from the humus layer. After analysing and weighing plant matter before and after burning it, Liebig found that plant ashes were rich in nitrogen and phosphorus. He assumed that these leftovers in the ash were what nourished plants. These findings further underlined his theory of soil chemistry being the key to soil fertility. That’s when the understanding of soil fertility moved into the center of modern agriculture. In 1841, British chemist John Collis Nesbit announced that fertilizing properties of 1 ton of guano equaled those of 33 tons of common farmyard manure. Over the next 40 years, an estimated 20 million tons of guano were exported to the US and Europe, mainly from Peru. By the late 1800s, those resources were already depleted and less expensive synthetic fertilizers took over the market.

Anyways, whichever we look at it, phosphorus will always be an essential mineral for any farming activity, no matter where in the world. Unlike gas and oil, there is NO alternative to phosphorus. We have an ongoing debate about when “peak-phosphorus” will occur and therefore – with just a handful of countries controlling the remaining resources (75% alone are in Morocco/ Western Sahara) – alternatives to extracting phosphorus are vital.

One alternative is phosphorus recycling and it is becoming a crucial part in largely farming dominated countries.

As we know, creating healthy, productive soil is key. As a living ecosystem, soil needs to have enough organic matter to keep microbes, mites, fungi, worms, and assorted other critters well fed. What for? Solubilising – which means freeing phosphorus and other nutrients from their bonds and making them available for plants. A compost with different manures and garden waste is one way of “recycling” phosphorus.

Creating a food forest or establishing an agroforestry setting could prove to be another way of keeping levels of phosphorus high in the soil. We already know that falling leaves, chop and drop practices for mulching and decaying wood materials are over time returning phosphorus back to the soil. But such perennial ecological systems, like Suzanne Simard discovered, also establish a fungi network in the soil which delivers phosphorus to trees in return for carbon. Her further research showed that those fungi networks connect trees with other shrubs and herbs, effectively distributing phosphorus and other essential nutrients to the entire system.

Yet another way is improving wastewater systems to recover nutrients and adding them to compost piles. It’s called creating value from waste. The BBC article on doing exactly this in Malawi, is well worth a read and shows, that small, local grassroots projects are catalysts in creating change on a larger scale. Europe’s first “nutrient recovery reactor” in Slough, England is taking the tiny quantities of phosphorus contained in the poo of the Berkshire town’s 140,000 people and turning it into high-quality fertiliser fit to grow organic garden vegetables. Estimates in 2013 predict production of about 150 tonnes of phosphorus. If this method would be used in all of Britain, it could save the country 20% of the 138,000 tonnes of phosphorus fertiliser that it imports a year. 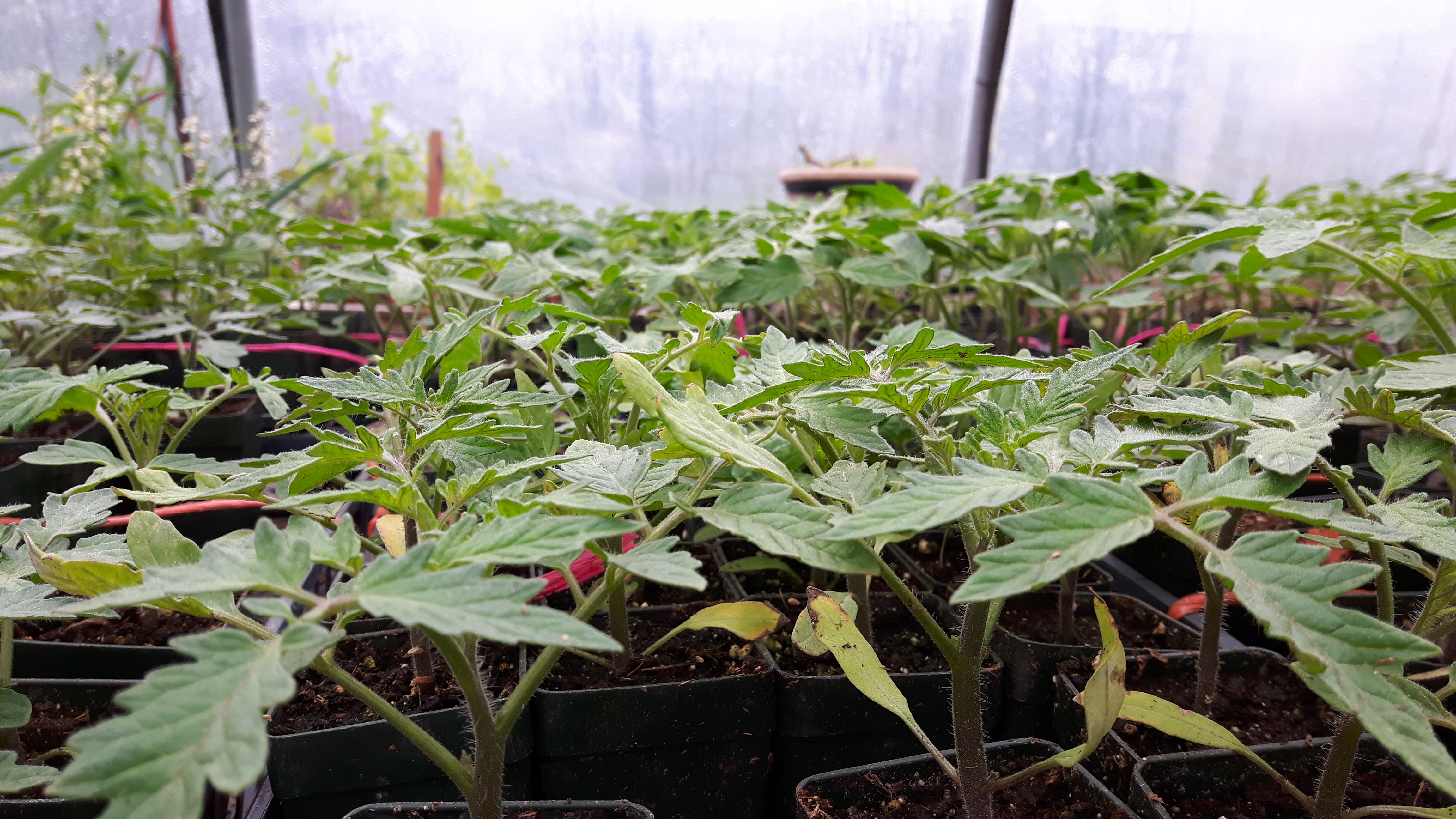 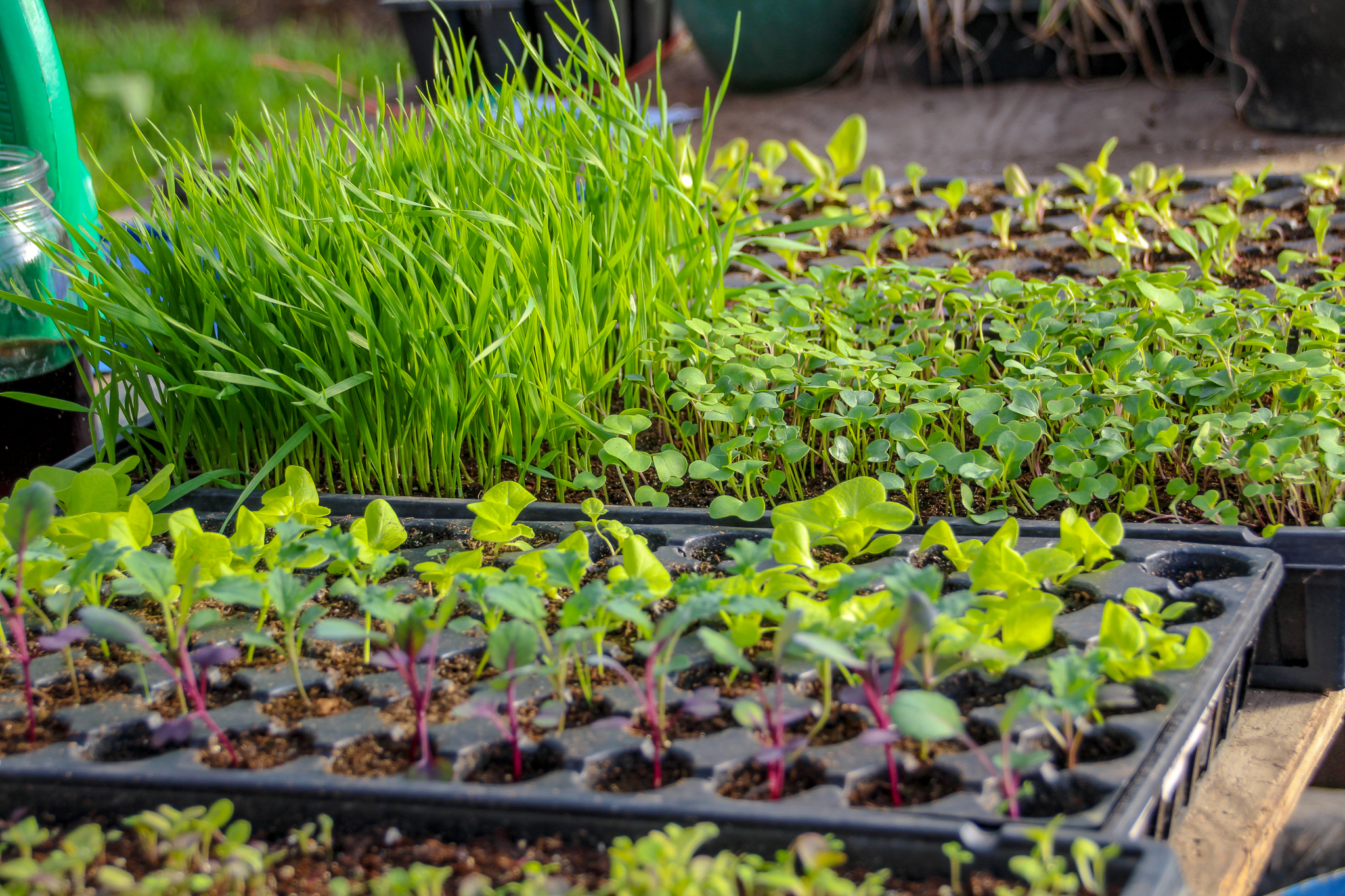